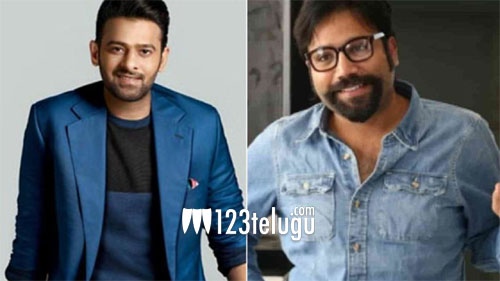 A few months ago, news came in that a project in the combination of Rebel star Prabhas and Arjun Reddy fame Sandeep Reddy Vanga is under discussion.

Rumors also came that reputed Bollywood production house, T-Series banner will bankroll the project. However, there was no further development regarding the news as Prabhas is committed to a new project with Naga Ashwin.

Now, again buzz has been generating that the project is very much on and is likely to be announced very soon. As per the circulated news, presently Sandeep Reddy is giving final touches to the script.