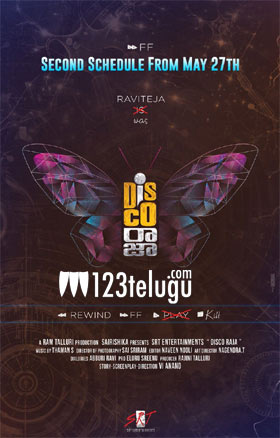 Disco Raja is a film which many are waiting for eagerly. The film has hotties Nabha Natesh and Payal Rajput as the female leads. The shooting is on in full swing and we already reported that the shoot is underway in Delhi since the 4th of this month.

Now, the latest update is that some crazy scenes on Ravi Teja are being shot in a busy location in Delhi. V I Anand is directing this film and he has etched a superb and hilarious role for Ravi Teja.

Ravi Teja needs to score a big hit to make a comeback as his last two films were big flops at the box office.