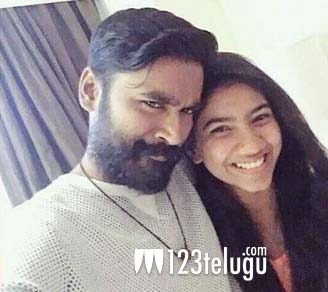 It is well-known that Sai Pallavi’s sister Pooja Kannan had made her acting debut with a music video, titled Adi Penne, a couple of years ago. Since then, there have been occasional speculations on Pooja’s silver screen debut. However, Pooja followed her sister’s footsteps and joined a medicine program.

Recently, a picture in which Pooja Kannan was seen posing with Tamil star Dhanush did several rounds on social media. Naturally, it gave rise to fresh speculations about Pooja’s big screen debut opposite Dhanush, who was Sai Pallavi’s co-star in Maari 2.

And, the latest update is that Pooja will not be foraying into movies in near future as she is busy with her studies. Her picture with Dhanush was taken during a casual interaction.