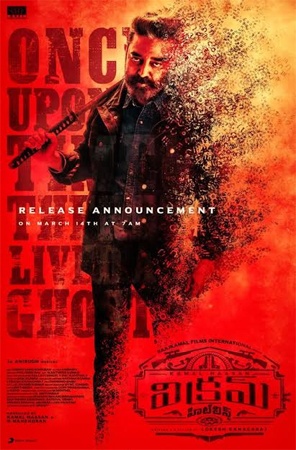 Today, the makers have officially announced that the release date of the film will be unveiled officially on March 14, 2022, at 7 AM. To recall, the movie’s shoot wrapped up very recently.

Produced by Kamal Haasan and Mahendran, the movie has the music of Anirudh Ravichander. Keep watching this space for more details.