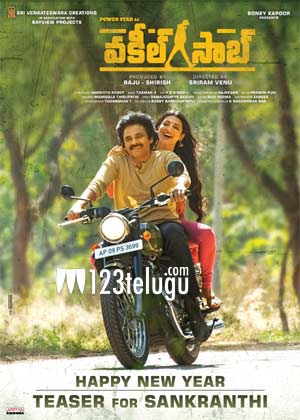 It is a known fact that Power star Pawan Kalyan wrapped up his shoot of Vakeel Saab sometime back. Now, the last schedule nwhich on since the last few days has also been wrapped up. With this, the entire shoot has been wrapped up.

The dubbing of the film has also begun as of now and on the 14th of this month, the makers will have their teaser released in a big way as Sankranti special.

Venuu Sriram is the director of this film that is being produced by Dil Raju and Boney Kapoor. Shruthi Haasan and Nivetha Thomas play key roles in this film.