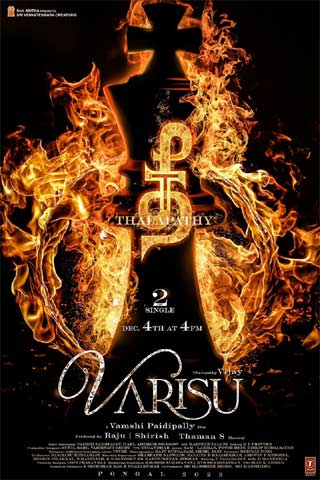 Thalapathy Vijay starrer Vijay is awaited by one and all. Vamsi Paidipally is helming this film, and some high expectations surround it. The first single, Ranjithame, was successful in attracting the audience, and the Telugu version also received a nice response.

The makers now gave the second single announcement to take the buzz a level higher. Titled Thee Thalapathy, the full lyrical song will be out on December 4th at 4 PM. In addition, a striking poster showcasing the King Chess piece was revealed to announce the same.

Gorgeous beauty Rashmika Mandanna is the leading lady, and SS Thaman is composing the music. Ace producer Dil Raju bankrolls the film under Sri Venkateswara Creations. The movie will be released as Vaarasudu in Telugu.