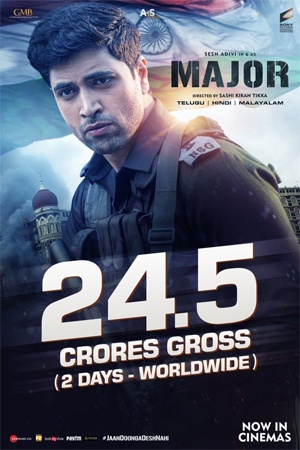 Major, featuring Adivi Sesh in the lead role, has been receiving rave reviews from audiences and critics as well. Saiee Manjrekar is the female lead in this Sashi Kiran Tikka directorial.

The movie has collected a decent Rs. 24.5 crores gross for 2 days at the global box office. Trade pandits are expecting that the movie will rake in more money by the end of weekend.