Lavanya unaffected by unnecessary controversies
Published on Nov 26, 2017 11:07 am IST 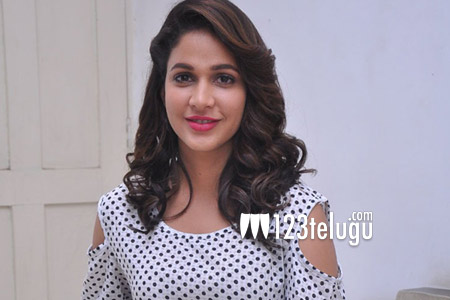 Around a month ago, there were several reports that the makers of 100% Love’s Tamil remake had filed a case against actress Lavanya Tripathi, demanding 3 crore from her for walking out of the project. In her latest interview with a leading English daily, Lavanya opened up about the issue.

Lavanya said that she didn’t take up 100% Love remake due to creative differences with the filmmakers. She went on to wonder how the 3 crore case rumours cropped up later. Lavanya also clarified that she had opted out of Vijay Deverakonda’s film in Geetha Arts 2 banner due to non-availability of dates.

“People walk out of films or opt out in this industry all the time. I just wish people stop turning everything I say, do and don’t do into a controversy. I’m quiet; it doesn’t mean they can write anything. I have chosen to stay quiet because it doesn’t affect me,” Lavanya said.