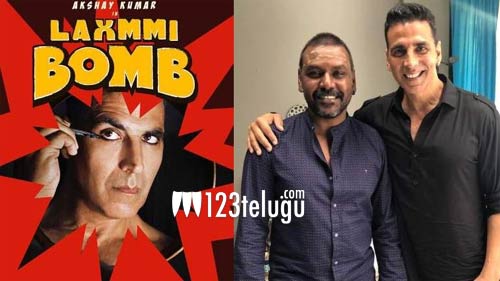 The shooting of Laxmmi Bomb, the Hindi remake of Lawrence’s blockbuster horror comedy, Kanchana is underway at a brisk pace. The film has Akshay Kumar and Kiara Advani in the main lead roles.

Meanwhile, the latest news is that the makers have decided to release the film on May 22nd, 2020 as an Eid special. Raghava Lawrence is directing this Hindi version too.

Shabina Khan and Tusshar Kapoor are the producers. Watch out this space for more updates on this project.