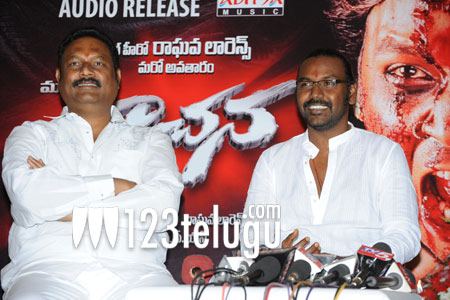 Lawrence’s horror flick ‘Kanchana’ is all set to release in 3D very soon and work has already started to convert the film into 3D format. A special song on Lawrence is expected to be a highlight of the 3D format.

Speaking about this to the media today, Producer Bellamkonda Suresh said that there is great scope for a horror film to be converted into 3D due to the fear factor. ‘Kanchana’ did very well at the Box Office when it released and Bellamkonda Suresh is expecting the 3D version to be a good success as well.

Music for the film has been composed by Thaman. Sarathkumar will be seen in a crucial special role and Kovai Sarala is also an integral part of the film.