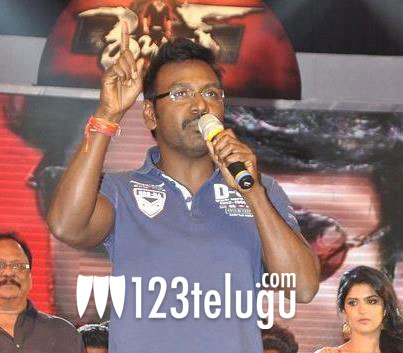 Choreographer turned director Raghava Lawrence has a strong connection with Superstar Rajinikanth and Megastar Chiranjeevi. Wonder what it is? Let us look at what Lawrence said on stage during the audio launch of his forthcoming film with Young Rebel Star Prabhas. “I know the public pulse. I know what viewers want. I learnt about films and the industry under Superstar Rajinikanth. I learn about dances under Megastar Chiranjeevi. Any better people to teach those two subjects?”.

It is a known fact that Lawrence has a good bond with both Rajinikanth and Chiranjeevi. During the 100 days function of Chiranjeevi’s ‘Indra’, the Megastar even gifted Lawrence with a special ring for his landmark ‘Veena Step’ choreography.

Lawrence has been scoring well at the Box Office in recent times. His last directorial venture ‘Kanchana’ struck gold at the Box Office and his upcoming film ‘Rebel’ looks all set to make a smashing impact when it hits the screens on September 28th. Looks like his past association with the two biggest stars of South Indian Cinema is surely helping him out.