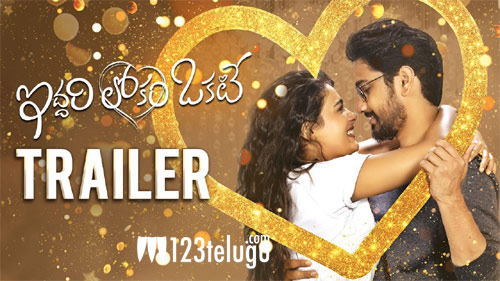 Raj Tharun is in a stage where he needs to score a hit at any cost in his career as his previous film were big flops at the box office. Now, he has pinned all his hopes on Iddari Lokam Okkate.

The film’s trailer is out today and showcases a mature love story. The scenes related to Raj Tharun’s break up and the heroine’s ideology look quite interesting. Also, the chemistry between Raj Tharun and Shalini Pandey also looks quite good.

The film is produced by Dil Raju and is up for a release on the 25th of December. G R Krishna directs the film which has music by Mickey J Meyer.