Learnt how to be humble and act well from Vijay Sethupathi sir: Vaishnav Tej
Published on Feb 18, 2021 12:17 am IST 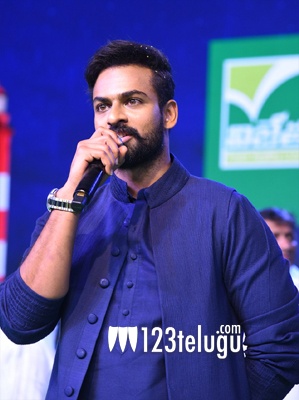 Young Mega hero Vaishnav Tej has been the most talked about actor in Tollywood for the last one week. His maiden film, Uppena, has turned out to be a record breaking success, by erasing all the existing box office records for a debut hero film in India.

Uppena’s grand success celebrations were held in Rajahmundry tonight. Speaking at the event, Vaishnav Tej was extremely grateful to all the Mega fans, movie lovers and the 300 cast and crew members for making Uppena a memorable start to his career. Talking about the film’s antagonist Vijay Sethupathi, Vaishnav said that he learned how to be humble and also perform well from the Kollywood star.

Vijay Sethupathi’s villainous act in his role of Raayanam in Uppena has been a major backbone of the film and he has winning accolades from all quarters. And Vaishnav Tej’s words on Vijay Sethupathi at tonight’s success meet goes on to prove the crucial role be he has played in the film’s success.