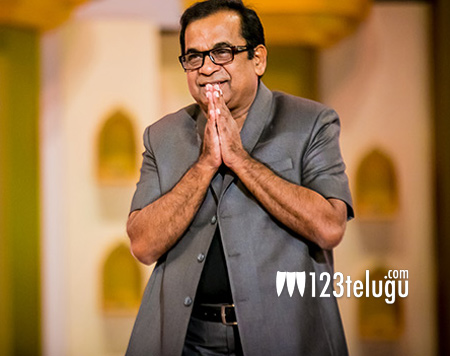 Even after acting in more than 1000 films and finding a place in the Guinness Book of World Records, legendary comedian Brahmanandam says he still has not thought of retiring from films. In his latest interview to an English news daily, Brahmanandam spoke at length about various topics like entertaining the audiences, criticism he has been getting of late and his upcoming films.

Saying that he could make his fans laugh for nearly 27 years by god’s grace, Brahmanandam said he will continue to do so as long he can. Reacting to the criticism of ‘routine and boring comedy’ in most of his recent films, Brahmanandam firmly replied saying he simply follows the orders of his directors and writers who design his characters and that he never argues with them about his roles.

Brahmanandam also lamented that the government should really consider including the best actor award for comedians in national awards. The senior actor will soon be seen in several high profile films like Bengal Tiger, Loafer, Soukhyam, Abbayitho Ammayi, Sardaar Gabba Singh and Sarainodu to name a few.