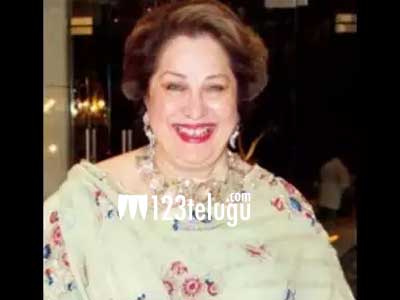 Raj Kapoor is one of the biggest legends in Hindi cinema and has a legacy to take forward to as all his future generations are in films in Bollywood.

Not many know about Ritu Nanda, the daughter of Raj Kapoor as she is not in films. The news now is that she has passed away today in Delhi after battling with cancer. She was 71.

For those who do not know, Ritu Nanda is Amitabh Bachchan’s daughter(Shwetha Nanda’s) mother in law also. The entire Bachchan family has left to Delhi for the funeral.