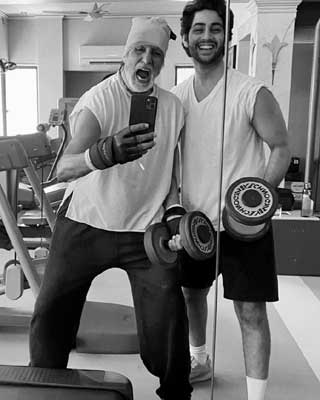 Several top Bollywood stars are facing intense heat amid the nepotism debate post Sushant Singh Rajput’s demise. And if the ongoing reports are anything to go by, Bollywood legend Amitabh Bachchan’s grandson Agstya Nanda is all set for his big Bollywood debut.

Apparently, 19-year-old Agstya Nanda, son of Amitabh’s daughter Shweta Bachchan Nanda, has been grooming himself for the last couple of years for his acting debut. He will soon be launched under a top Bollywood filmmaker who is infamously targeted for being the torchbearer of nepotism. More details will follow in the coming days.