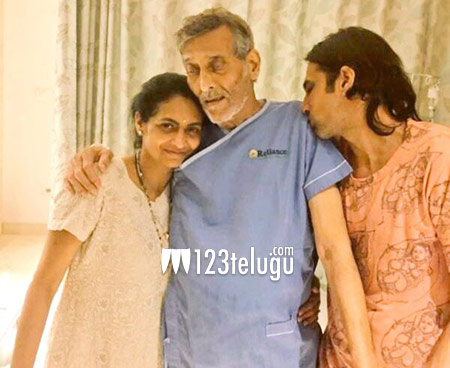 Bollywood star and a member of parliament, Vinod Khanna is one actor who is considered to be one of the most handsome men in the Indian film industry. The legendary actor has been away from the limelight for quite some time now as he has been quite sick.

But the latest picture which went viral in the social media today stunned everyone in India. Seen here in the above picture is a visibly sick actor leaning on his wife with a very lean frame.

Reports are going around that Vinod has blood cancer and is in last stages of his life. Currently, he is admitted to a corporate hospital in Mumbai and is getting treated for the same.

Vinod Khanna has acted in over 200 films and both his sons, Akshay and Rahul Khanna are film stars.