Legendary Kannada star Rajkumar’s wife Parvathamma passes away
Published on May 31, 2017 8:59 am IST 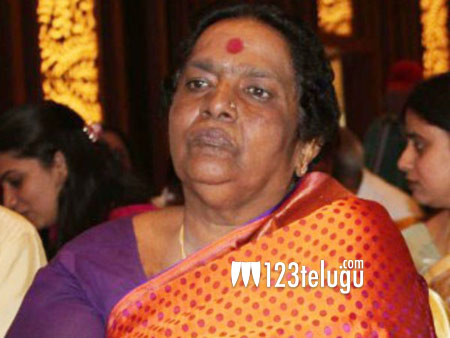 In yet another tragic loss to the South Indian film community, Dr. Parvathamma Rajkumar, wife of legendary Kannada film star Dr. Rajkumar, breathed her last at 4:40am in Bengaluru today. Parvathamma was 78 and she is survived by her three sons Shivarajkumar, Raghavendra and Puneeth Rajkumar and two daughters Lakshmi and Poornima.

Parvathamma was reportedly​ admitted into the ICU of MS Ramaiah Hospital in Bengaluru on May 18th with kidney-related ailments and respiratory problems.

Doctors who treated Parvathamma revealed that the cancer had spread to the lungs and liver, which lead to multiple organ failure and eventually to her death.

Apart from being a star wife, Parvathamma was also one of the most successful producers in the Kannada film industry and also played a crucial role in her husband’s transformation into a superstar.

Parvathamma produced and distributed over 80 successfully films in over 40 years. She was a recipient of the Kannada Rajyotsava Award, and the Lifetime Achievement Award from the Karnataka Government.