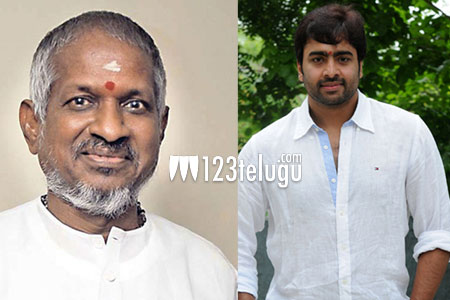 With at least 7, 8 interesting films in hand, young hero Nara Rohith is undoubtedly the most busiest actor in the Telugu film industry at the moment. The actor has wrapped up shooting for Kumar Nagendra’s Thuntari and he is currently shooting for Pavan Sadineni’s Savithri and debutant Pradeep’s Raja Cheyyi Vesthe simultaneously.

Soon, Nara Rohith will commence shooting for Kathalo Rajakumari, directed by yet another debutant, Mahesh Surapaneni. For this film, legendary music composer Ilayaraja will be scoring the soundtrack. Malayali actress Namitha Pramod will be making her Telugu debut with Kathalo Rajakumari.