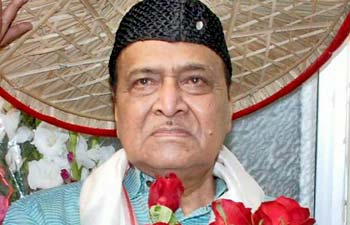 Legendary musician Bhupen Hazarika died today due to multiple organ failure. The Dada Saheb Falke award winner was 86 when he passed away. Bhupen Hazarika was also known as the ‘Bard of Brahmaputra’ . His ability is seen in songs like ‘Dil hoom hoom kare’ and ‘O Ganga behti ho’. He touched millions across generations with his soothing and soulful music.

A multi-talented poet and singer, Bhupen Hazarika showcased the rich heritage of India to the world through his songs. He is extremely popular and revered across South Asia. Former Prime Minister Atal Behari Vajpayee was a major admirer of Bhupen.

123telugu.com expresses its condolence to the family of Bhupen Hazarika.