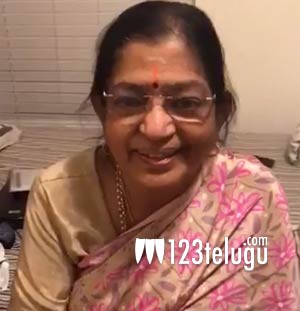 Since morning, fans of legendary playback singer P Suseela were in for a huge shock when rumors of the doyen’s passing away last night after her health deteriorated emerged on social media. Deeply concerned with the rumors, P Suseela released a video message from Dallas, USA, much to everyone’s relief.

The 81-year-old Padma Bhushan awardee and Guinness record holder said she is hale and hearty and that she is currently in the US. Requesting everyone not to believe any rumors about her health, P Suseela said she will return to India very soon.