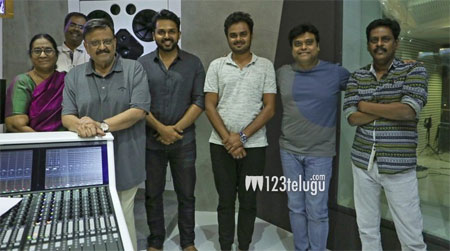 It is a known fact that hero Karthi is doing an action drama called Dev. The film is nearing its completion and today, legendary singer, S P Balasubramanyam crooned for a number in the film.

Rakul Preet Singh and Nikki Galrani play female leads in this film which has music by Harris Jayraj. Prakash Raj and Ramya Krishna will be seen in powerful roles in this film.

‘Tagore’ Madhu has acquired the Telugu rights of this film which will release in early 2019. Watch out this space for more updates on this project.