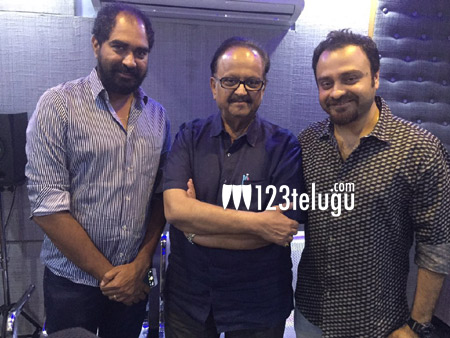 Now that the post-production formalities are going on in full swing, the makers of Gautamiputra Satakarni are busy wrapping up things on a brisk pace. Meanwhile, legendary playback singer, S P Balasubramanyam, just crooned for a number in the film.

The song has been recorded and Krish himself was present with SPB in the studio. The shooting of this film has already been wrapped up and Krish is busy giving last minute touches to the project.

The audio of the film will be launched on a huge scale in Tirupathi in the second week of December. Gautamiputra Satakarni stars Nandamuri Balakrishna and is up for a release on the 11th of January.