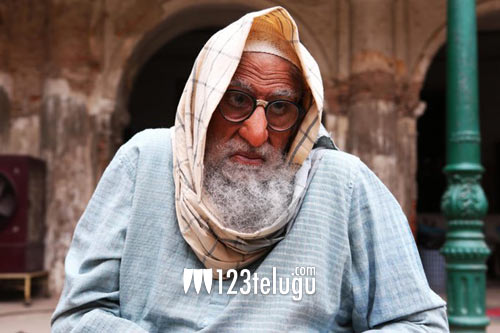 Even in this age, Amitabh Bachchan is giving all the youngsters a run for their money. He is doing some author backed roles and is getting good applause for them.

One such Hindi film which the Big B is doing now is called Gulabo Sitabo. Amitabh’s look from the film has gone viral and is shocking many.

Seen here in the above picture is the Big B dressed as a very old Muslim man with a heavy beard really unrecognizable.

Soojith Sircar is directing this film which also has talented actor Ayushman Khurana as the main lead.