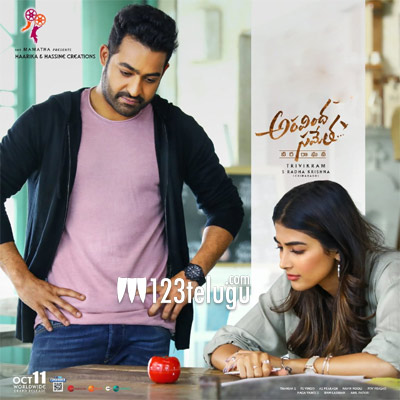 Young Tiger NTR and ace director Trivikram’s highly-anticipated flick, Aravindha Sametha, is all set to hit the screens on October 11th. The film has cleared censor formalities yesterday and received a U/A certificate.

Meanwhile, Tarak fans, who are excited to watch their matinee idol in a few days, are slightly apprehensive now. And the reason is the film’s runtime. As per the censor certificate, Aravindha Sametha’s duration is going to be 167 minutes including the titles. It remains to be seen whether such a lengthy runtime can hold audiences’ interest this weekend.

Produced by Chinna Babu, the film has Pooja Hegde as the female lead. Thaman is the music composer.