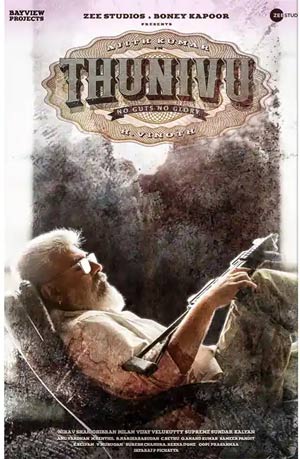 Star actor Ajith Kumar is gearing up to entertain his ardent fans and audiences with the next big movie, Thunivu. Directed by H Vinoth, the movie is all set to open in theaters worldwide on January 12, 2023.

The pre-sales of the films have already begun overseas and according to the booking websites, the biggie has a lengthy runtime of 165 minutes (2 hours and 45 minutes). However, the makers need to release an official statement on it.

The Kollywood movie has Manju Warrior, Samuthirakani and others in crucial roles. Produced by Boney Kapoor under Bayview Projects LLP, the movie has Ghibran’s music.