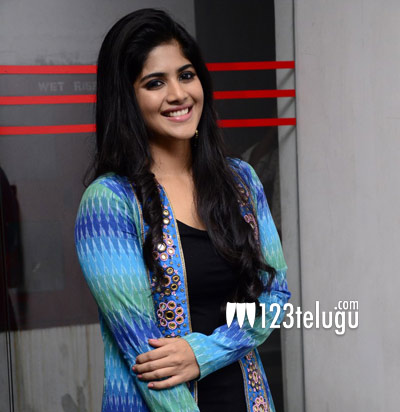 Young Tamil starlet Megha Akash made an impressive debut in Tollywood with Nithiin’s LIE. Megha will next be seen in Dhanush-Gautham Menon’s Enai Noki Paayum Thota. However, the first film Megha had acted in, Oru Pakka Kathai, has been stuck in the regional censor office in Chennai since a long time.

Apparently, the censor members objected to the word “intercourse” in the film and refused to certify the movie even though the revising committee had cleared the film with a UA certificate. Oru Pakka Kathai was launched in 2014. The film is a coming of age drama and Megha will be seen as a pregnant teen in the movie.