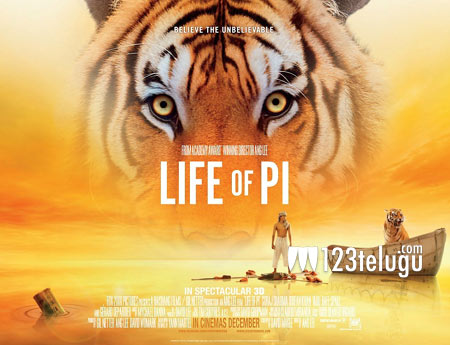 Ang Lee’s upcoming film Life of Pi is already making waves before its release. The film starring Irrfan Khan, Suraj Sharma and Tabu was recently screened at a prestigious film festival in USA and it mesmerized the audience there. Couple of days ago, Fox Star Studios which is distributing the film in India screened the film to A R Rahman and the Mozart of Madras was stunned after he saw the film. “Just watched Life of Pi at Fox Studios…it’s a masterpiece!! So much Tamil in it !! Don’t miss it ….;-),” A R Rahman posted on Twitter.

The film is based on a book of same name written by Yann Martel and it narrates story of a young boy who finds himself stranded on a boat with a Bengal Tiger, a Zebra, a Hyena, an Orang Utan and the incredibly journey they undertake in the middle of the ocean. Ang Lee, best known for films like Sense and Sensibility, Crouching Tiger, Hidden Dragon, Hulk and Brokeback Mountain, has experimented with 3D technology for the first time and it’s said that the film has mindboggling visual effects. Since the story has a strong connect to India, especially Pondicherry, Fox Star Studios is also dubbing the film in Telugu, Tamil and Hindi apart from releasing it in English. Life of Pi is slated for release on November 23.