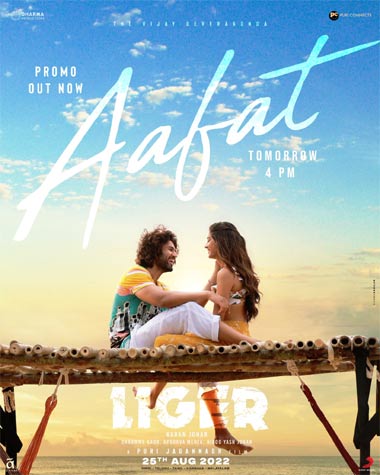 As announced earlier, the makers have released the promo of the 3rd song, Aafat. The romantic song’s promo has no single word but a pleasant background score. The song is going to be a romantic track between the lead pair. Vijay Deverakonda too share it on his social profiles and the full song will be released tomorrow at 4 PM.

Apart from Ramya Krishna, Boxing Champ Mike Tyson is also playing a prominent role in this flick, produced on a grand scale by Puri Connects and Dharma Productions. The pan-Indian sports drama will be released worldwide on August 25, 2022, in all major South Indian languages and Hindi.

There's always a beautiful drama Queen who will come between a mother and son!#Aafat 💞