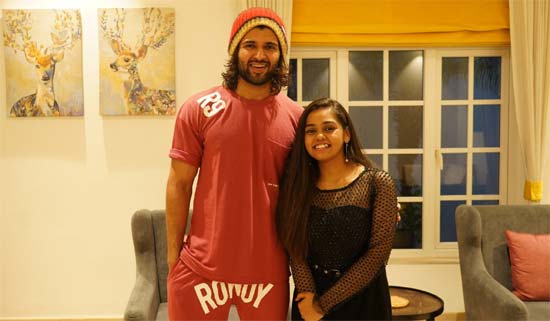 It is a known fact that Vijay Devarakonda is doing a film called Liger. The film is done with half of its shoot and now the film is back in the news.

Indian Idol singer, Shanmukha Priya is a huge fan of Vijay and wished that she could get a chance to sing for one of his films.

So, after knowing this, Vijay promised her on the show that he will get her to sing for one of her songs. So, as promised, he got Shamukha Priya to sing for his film Liger.

Shanmukha has already recorded her version which will be out soon. This is being promoted as Liger Promise by the promise and it is so cute to see.