Long-delayed fantasy drama to hit the screens soon
Published on May 1, 2019 3:40 pm IST 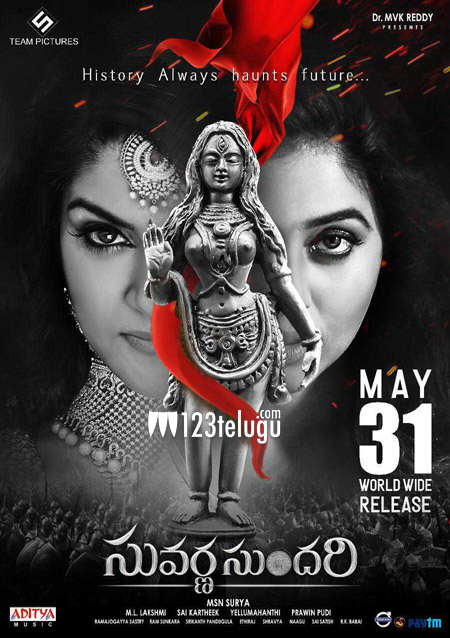 After several postponements, Poorna and Sakshi Chowdary’s fantasy drama, Suvarna Sundari is finally gearing up for a May 31st release.

As the film is a period film, VFX and Graphic work are expected to play a key role. Along with Poorna and Sakshi, the film also stars Indra, Saikumar, Naginedu, and Kota Srinivasa Rao.