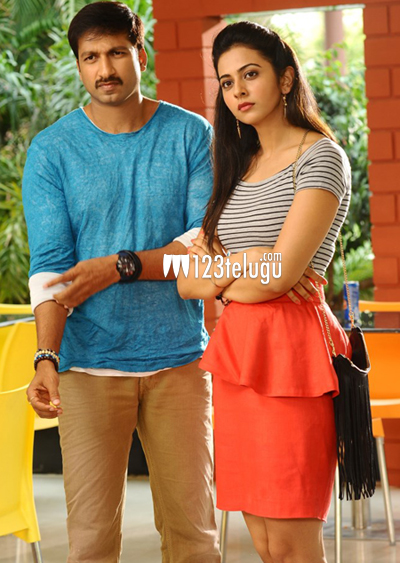 Gopichand is set to hit the screens with his latest flick Loukyam. Sri Vass of Lakshyam and Pandavulu Pandavulu Tummeda is directing the film. The film has recently completed it’s censor formalities and has received an U/A certificate.

Anup Rubence is scoring the music for this film whic jas received got good response from the audience. There are positive vibes surrounding this film and might turn out to be a feast for commercial movie lovers. The trailer of this film generated enoughinterest among the audience. Rakul Preet will be playing the female lead in this film and Brahmanandam will be a key asset for this movie’s success. The makers of this film are planning to release the movie on Sept 26th.