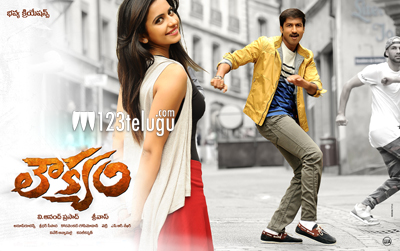 Macho hero Gopichand and his team will be celebrating today in a big way. The reason for their happiness is the success of the movie ‘Loukyam’.

The film has received a positive response at the Box Office and as a result, good word of mouth is spreading. Comedy and family values seem to be working for the movie.

Rakul Preet Singh is the heroine in this movie and Srivaas directed the film. Bhayya Creations banner produced this project while Anoop Rubens handled music and SR Shekhar took care of editing.