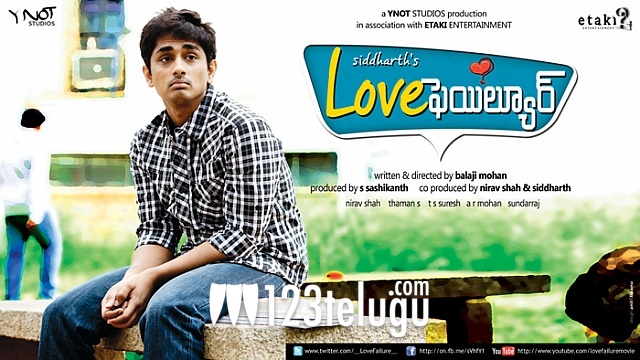 Siddharth, Amala Paul starrer Love Failure is going to release in less than two weeks. Directed by Balaji Mohan, the bilingual film has been co-produced by Siddharth, Nirav Shah, Shashikanth and Venugopal on Etaki Entertainment, Y Not Studios and Soudamini Creations banner. The film’s music, composed by Thaman, has got a good response and the producers are said to be quite happy with the way the audience is appreciating the songs. The film is a love story set in a college. Love Failure is expected to hit the screens on February 17.