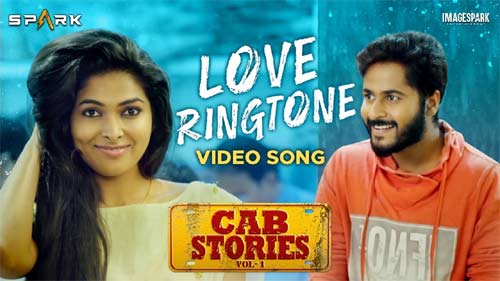 Popular Bigg Boss Telugu 4 contestant Divi Vadthya will be seen in a lead role in the upcoming thriller, Cab Stories. The film will start premiering on Spark OTT from May 28th. This morning, the makers released the ‘Love Ringtone’ song on social media.

Love Ringtone is a breezy and soothing romantic number and showcasing the chemistry between the lead couple quite well. The song has been composed and sung by noted music composer Sai Kartheek while BG Shirdi had penned it.