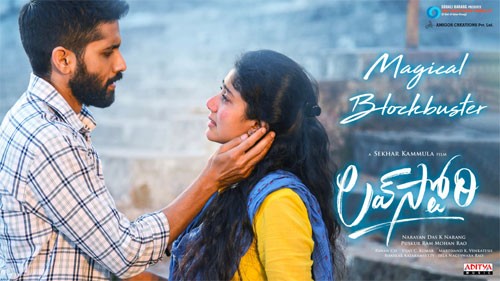 Love Story is a film that many are loving it. The film has made superb money in its first weekend and is going strong all over.

Everyone was looking closely as to how the film will fare on Monday. But the trade reveals that the occupancy of the film is also quite strong today.

The film saw housefuls in many areas of both the Telugu states. The afternoon and evening shows have also been booked full in some areas of Nizam.

The update is that the film will also make a good amount on Monday. Sekhar Kammula directs this film which Chay and Sai Pallavi in key roles.