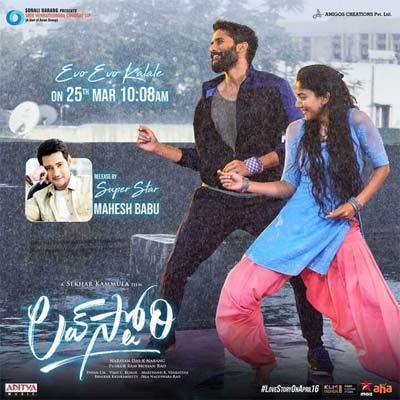 It is a known fact that Chay Akkineni and Sai Pallavi are doing a film called Love Story and the songs of the film have become solid hits already.

Tomorrow, one more song, ‘Evo Evo Kalale’ will be unveiled by Mahesh Babu and we all know that. The news we have come to know is that this song is also going to be a super-duper hit.

This song is a romantic number composed by Pawan CH and will come at a crucial point in the film. The tune is going to be special and will surely impress the audience as per the news.