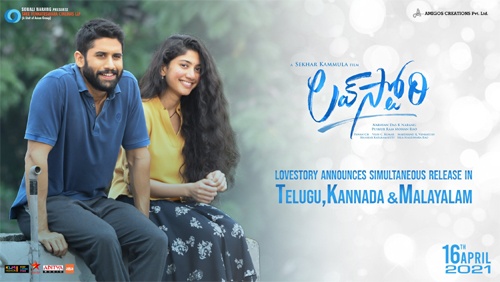 It is a known fact that Shekhar Kammula is directing a film called Love Story. The film is releasing on the 16th of this month and there is a solid buzz for this film.

The romantic drama will release on the same day as the Telugu release. The songs of the film have created a storm in the south already and with Sai Pallavi a star name in Malayalam as well, this film will surely get some decent opening.