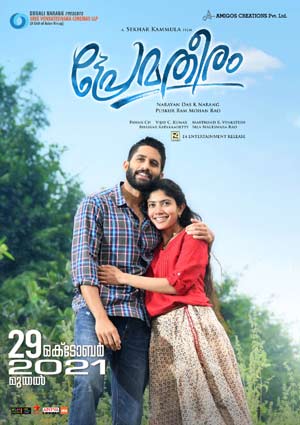 Naga Chaitanya and Sai Pallavi’s Love Story released on September 24 and became a big hit at the box-offices in the twin Telugu states and the US. The Sekhar Kammula directorial is now dubbed in Malayalam as Prematheeram.

According to the latest updates, Prematheeram is gearing up for its theatrical release across Kerala on October 29. Noted Malayalam distribution house E4E Movies will be releasing Prematheeram in a big way. Thanks to the massive success of her debut film, Premam, Sai Pallavi enjoys a huge fan following across Kerala and this will help Prematheeram attract her fans to the cinemas.