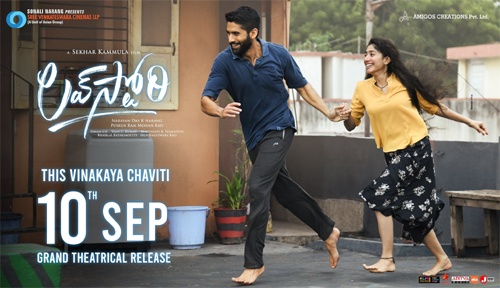 By now it is a known fact that Love Story featuring Sai Pallavi and Chay Akkineni will be releasing on the 10th of September on the big screens and promotions are on.

Now, the latest update is that the film’s OTT release will happen on the 15th of October as a Dussehra special. We already reported that AHA has bought the rights to this film.

Directed by Shekhar Kammula, the songs of the film have already become a rage. The film is set in Telangana and is about two struggling dancers who come to the city to make it big.