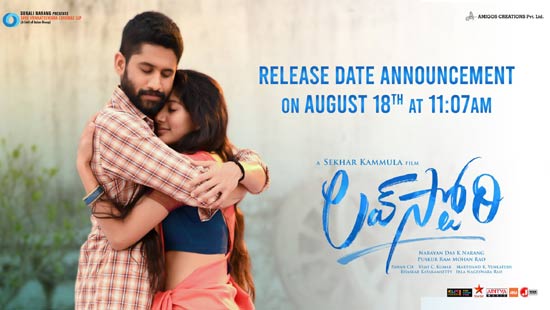 Finally, the makers of Naga Chaitanya and Sai Pallavi’s upcoming romantic drama, Love Story, are all set to end the suspense on the film’s release date. Love Story’s team will be making an official announcement regarding the release date tomorrow (Aug 18) at 11:07 AM.

Even though the official word is due in a few hours, it is almost certain that Love Story will be hitting screens on September 10, as a Vinayaka Chaturthi festive treat. This Sekhar Kammula directorial is produced by Narayan Das Narang and Puskur Ram Mohan. Debut composer Pawan Ch’s Saranga Dariya song has turned out to be a huge hit and set the expectations soaring.