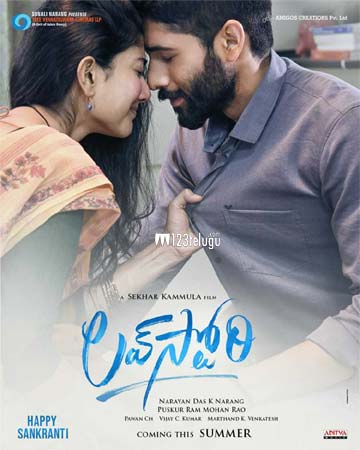 It is a known fact that Chay Akkineni is doing a film called Love Story in the direction of star director Shekhar Kammula. The film is almost complete and the last schedule is on in Hyderabad as of now.

The latest we hear is that the film’s teaser will be out on the 20th of September which also happens to be Chay’s birthday. The small teasers and audio songs have already become a rage with the audience.

As the film has the rocking combination of Chay and Sai Pallavi, there is a solid buzz for this film in the public. The makers say that the film will only come out in theaters as of now.