Love Story’s teaser to have a wide promotion from tomorrow
Published on Jan 9, 2021 8:17 pm IST 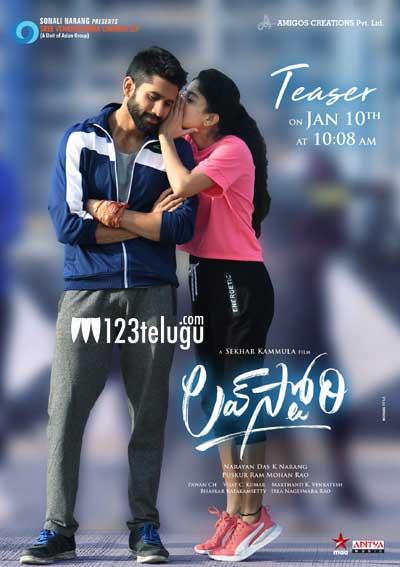 Shekhar Kammula’s Love Story is one of the most awaited films in Telugu as it has the magical combination of Sai Pallavi and Chay Akkineni. The film is done with its shoot and is in its post production mode.

The teaser of the film will be out tomorrow and the latest update is that the teaser will be played in all the theatres along with the Sankranti releases from tomorrow in both the Telugu states.

The songs of the film will be out soon and there is a crazy buzz as the team of Kammula has given big hits in the past. The film is said to be out in February second week. Watch this space for more updates on this project.