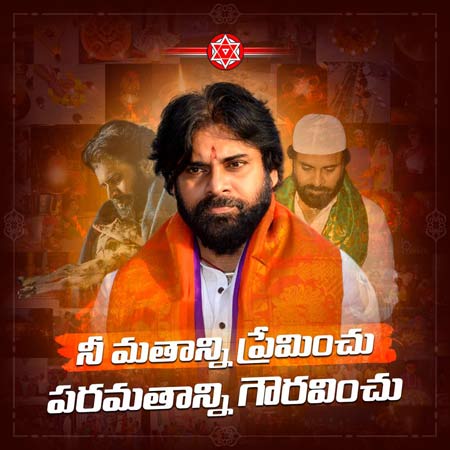 Ever since he joined hands with the ruling BJP earlier this year, film star turned politician Pawan Kalyan has been acting as a Hindu crusader. Pawan became highly vocal after the Antharvedi Temple chariot fire accident last week.

However, unlike other political leaders who flare up communal hatred with provocative speeches, Pawan has so far treaded a cautious path and has not launched a direct attack on any religion. In a latest Twitter post, his political outfit Janasena Party tweeted a picture of Pawan donning three avatars as a Hindu, Muslim and Christian. “Love your religion. Respect all other religions,” Pawan appealed to all his fans and the citizens of this country.