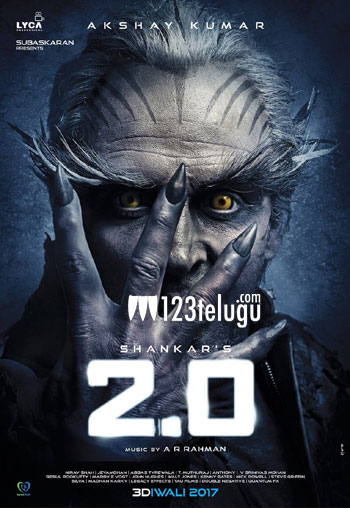 Here’s the much-awaited update about the release of Shankar-Rajinikanth’s high budget sci-fi entertainer, 2.0. The film’s production house, Lyca Productions, made it official that 2.0 will be hitting the screens as a Diwali treat in 2017. The film will be releasing in 3D version as well.

Meanwhile, the first look launch event of 2.0 is currently underway in Mumbai, and some never seen before arrangements have been made to make this evening a grand affair, which will be remembered for a long time.

Akshay Kumar will be seen as Rajini’s nemesis and Amy Jackson as the film’s leading lady. AR Rahman is the film’s music composer.