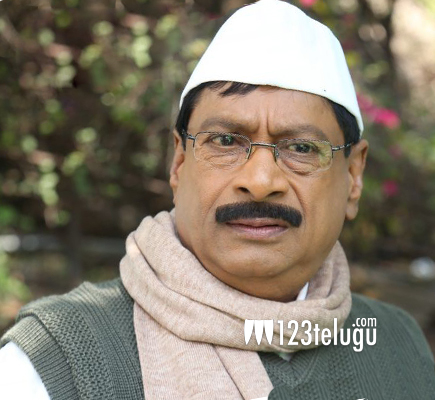 In what could be said as yet another huge set back for the Telugu film industry, noted comedian and character artist M S Narayana passed away a short while ago. He was admitted to the KIMS hospital when he reportedly complained of uneasiness during his vacation in his native place Bheemavaram.

M S was one of most famous comedians in Tollywood and was known specially for his drunkard characters. A lecturer by profession, M S Narayana entered the film industry as a writer and then settled down as a comedian. He has acted in more than 500 films till date and is survived by his son and daughter.

123telugu is deeply saddened by this news and conveys deep condolences to his family in the time of grief.