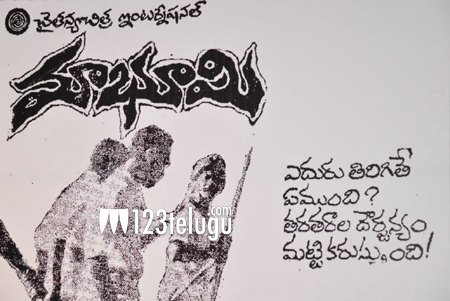 ‘Maa Bhoomi’, the iconic Telugu film based on the farmers’ revolt in Telangana, has completed 35 years since its release. Released amidst numerous hardships on 23rd March 1980, the film went on to become a massive hit and even won several national and international laurels.

On this occasion, the film’s cast and crew met in a get-together and went nostalgic about their plight in the making and releasing of the film. Directed by popular Bengali director Gautham Ghose, the film was produced by B Narasinga Rao, a senior filmmaker from Telangana.

The makers also revealed that the film has been restored digitally and the DVD and Blu-ray discs will be released soon.