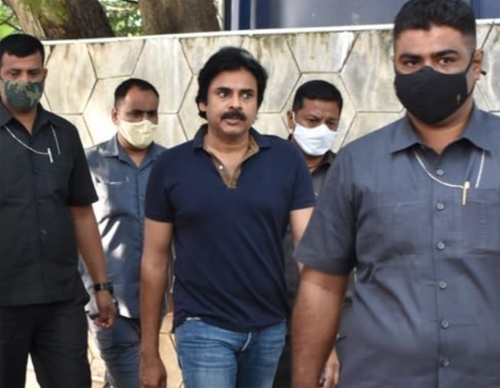 After several weeks long intense campaigning, the MAA elections have come to the climax. The polling is currently underway and the members are coming out to cast their votes. In the run up to the elections, members of the Prakash Raj and Vishnu Manchu panels verbally attacked and made nasty comments and allegations against each other.

Star hero Pawan Kalyan has cast his vote this morning. Addressing the media, Pawan made a few striking comments. “There are hardly 900 members in MAA. What was the need to resort to personal attacks? Actors should set a positive example instead of maligning each other,” said the actor-politician.

Pawan also said that both Chiranjeevi and Mohan Babu, who supported Prakash Raj and Vishnu Manchu respectively, are good friends.