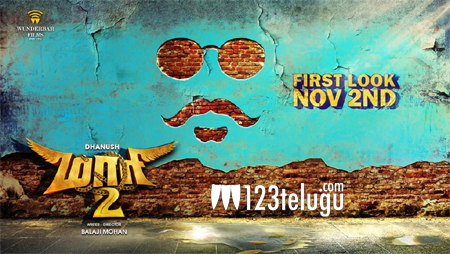 Maari 2 was in news all over after the sensational Sai Pallavi was roped in to play the female lead. The latest we hear is that the film’s first look will be out on the 2nd of November.

Dhanush will be seen in a new look in this film and Yuvan Shankar Raja is composing music. Director Balaji Mohan has directed the film which is the sequel of the hit Dhanush film Maari.