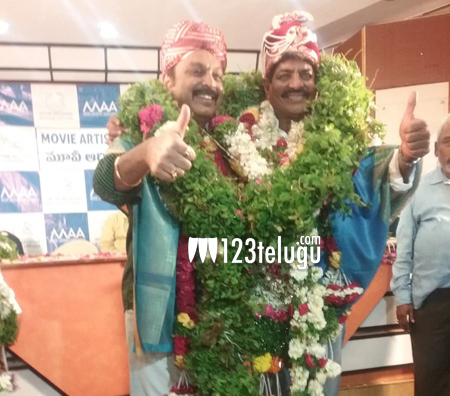 The new committee will have senior actors Sivaji Raja and Naresh acting as the President and General Secretary respectively. Until recently, veteran comedy hero Rajendra Prasad-led panel reigned the association, before being replaced by the Dasari supported Sivaji Raja faction.